Watford have been viewed as a ‘tin-pot club’ after decades of steady decline from the golden years for the club in the 1980s. Even in the era under the management of Graham Taylor (second spell) and Aidy Boothroyd, Watford were seen to be a club many other teams in the top flight viewed as ‘cannon fodder’. The case was not too dissimilar this season as well, since last season’s successful promotion campaign means that this is only the third time Watford have graced the Premier League. One only needs to quickly glance at Mark Lawrenson’s predicted table to form an idea of what football pundits alike were expecting from Flores’ side this season: a bottom three finish at best. What is different this time around is that Watford have entered the Premier League for the first time under Pozzo ownership. What pundits and rival football fans find surprising in regards to Watford’s current league position, many Watford fans do not. In actual fact, the Pozzo’s have developed Watford from a ‘tin-pot club’ into a side with talent of international pedigree even before reaching the top division. This article entails the so-far short history of the Pozzo era at Vicarage Road and how Watford have become a side to be reckoned with in today’s Premier League.

The Pozzo’s entered the club in the summer of 2012 after a rough few years for the Hornets. Touted for relegation from the championship year-by-year, Dyche in fact managed to pull off a shock eleventh finish in the 2011/12 season – a feat many Watford fans are still surprised by when looking at the pre-Pozzo era. However, the Pozzo family came in a couple of months later and wiped the club’s debts immediately. Sean Dyche had his job on the line and what seemed like a season in which he became a club favourite, Dyche was relieved of his duties. It seemed dramatic at the time. Many Watford fans had ambivalent feelings towards the new ownership: they were bemused by the sacking. They were not happy of the unfair treatment of a man of whom kept Watford in the division by some distance. Then again, the Pozzo’s did wipe the club debts after the catastrophic ownership of the club under Laurence Bassini. Bassini lost several first team coaching staff under his short spell at the club as well as having a reluctance to communicate with the fans and media. 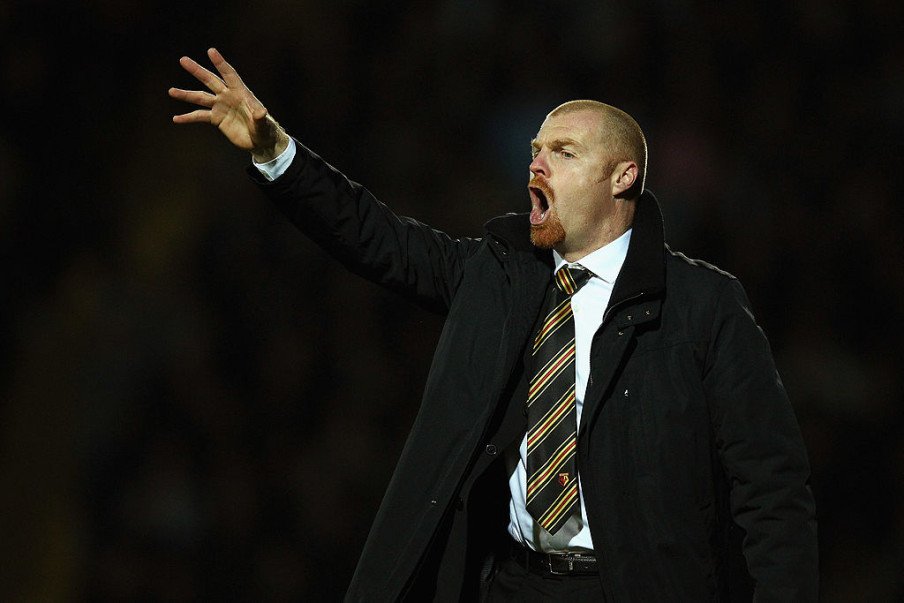 The 2012/13 season saw Gianfranco Zola in charge at the now much-more-settled Watford FC. Many closely associated with the football club were still sceptical on how Mr. Pozzo would treat or use the club. After all, Udinese and Granada (the other two teams owned by the Pozzo’s demanded more attention since they were in the top divisions of their respective league systems. At the time, it seemed like Watford were going to end up merely as a feeder club for the larger teams the Pozzo family owned. The Pozzo’s ended up bringing in fourteen players on loan – all from Udinese and Granada. Since then, no Watford fan has ever looked back. The players under Zola performed miracles and it looked as though they had been together for seasons-upon-end. What was seen as a season of consolation under careful Pozzo management quickly turned into a season of expectation.

The team, the majority loanees, managed to finish in an outstanding third position – beaten to second place, marginally, by Steve Bruce’s Hull City. After getting beaten in the Playoff Final to Crystal Palace, it was a time for reflection and a time for Watford fans to breath. The club had changed dramatically within the past ten months. Even though promotion had not been achieved (the target was a top-half finish in the Championship), it was a huge step in the long-term plan of achieving promotion. After all, every fan would have rather taken a scenario whereby the club would finish just shy of second rather than entering an era of uncertainty in the form of administration. Furthermore, Watford’s side of loanees emphasises the success of the vast Pozzo scouting network. This is a scouting network which founded the talents of Alexis Sanchez, Mehdi Benatia and Guilherme Siqueira. The Pozzo’s have a knack of finding uncut diamonds for extremely cheap prices. In fact, the Pozzo model is to buy a player for a minute amount of money, develop that player and then sell him for the maximum amount of money available or, in other words, when the player is at his absolute peak. 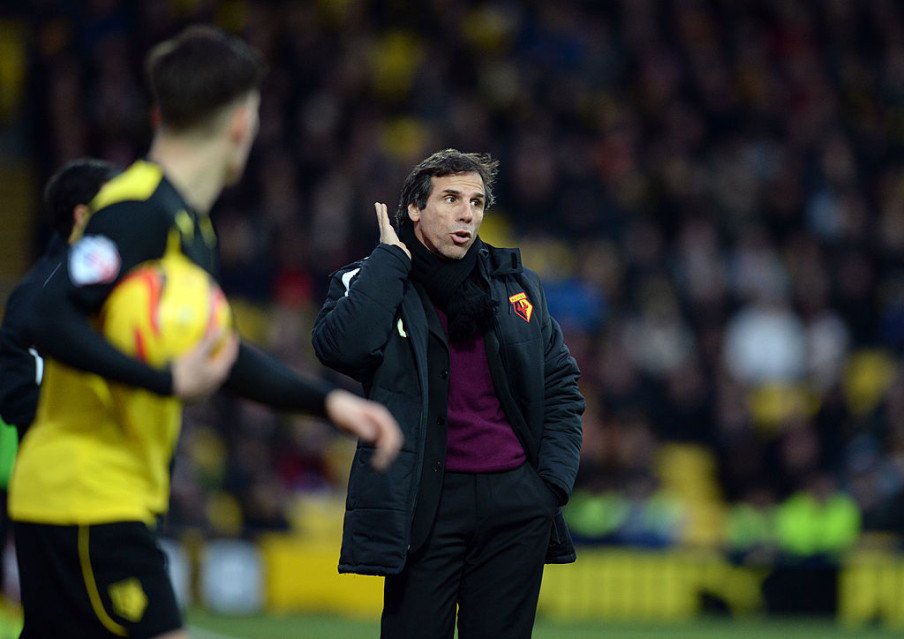 The 2013/14 season was, on the other hand, a step backwards as Zola eventually relieved himself of his duties after numerous poor performances before Beppe Sannino was put in charge. Most of the Watford side on loan from Udinese and Granada a season before signed for the Hornets on a permanent basis, though it seemed as though the promotion charge in the previous season took the wind out of the sails. This was very much a season of reflection, a season where mistakes were made – though mistakes were, in effect, aloud to be made. The initial early successes throughout August and September saw Zola’s men make a loud claim for promotion, though the Pozzo’s new signings did not click as well as they had the season before. The lessons learnt were invaluable to the Italian ownership. Lessons such as the necessity of signing an English core of players, employing managers with a specific amount of experience etc. Essentially, it was these ten months which put Watford in good stead for the season ahead.

Watford now had a maturity to their game which seemed to be necessary in order to go all the way in terms of winning promotion to the Premier League. This was the season where Watford expected to progress as a football club. With the right signings, Watford had no reason not to compete for the automatic places and, at the least, the top six. Signings such as Heurelho Gomes, Craig Cathcart and Ben Watson proved to be crucial in developing a spine within the team. Significantly, this spine had a knowledge and know-how of English football and the three players have developed monumentally since. Another Pozzo masterstroke was the decision to keep Troy Deeney at Vicarage Road. It is certainly true that Leicester City bid upwards of £10 million for Deeney’s services, though the Pozzo’s saw the Watford captain as an invaluable asset to the season’s objectives of attaining promotion. The money now surrounding the Premier League meant that the Pozzo’s had a reason to reject any big money offers in light of their long-term ambitions which would bring tens of millions more to the family than just selling Watford’s most important players for short-term profits. 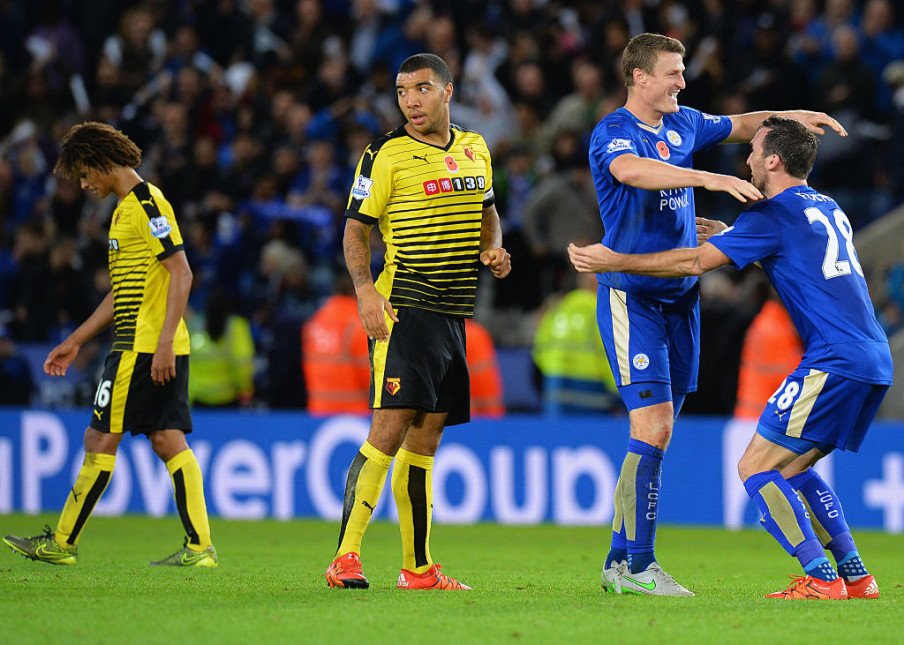 Beppe Sannino had been in charge of the side for eight months, managing to turn the club’s fortunes around. He developed the work of Zola, though in a much more aggressively rigid and defensive fashion. However, Sannino was sacked in late August after much speculation around the manager losing the dressing room – even if Watford were in the top six at the time. This began a five-week circus involving the appointment and sacking of two managers: Oscar Garcia and Billy McKinlay. Garcia was in charge for the majority of September, however he lost his job in unfortunate circumstances after suffering from heart problems. Billy McKinlay was next in line to take the job as he was Garcia’s head first-team coach at the time. However, after just eight days as manager, McKinlay resigned. It was later confirmed that McKinlay himself declared that he was not up to the job after finding the situation too stressful. Thereafter, the Pozzo’s looked to former Chelsea midfielder Slavisa Jokanovic of whom had a wonderful track record managing in all corners of world football. 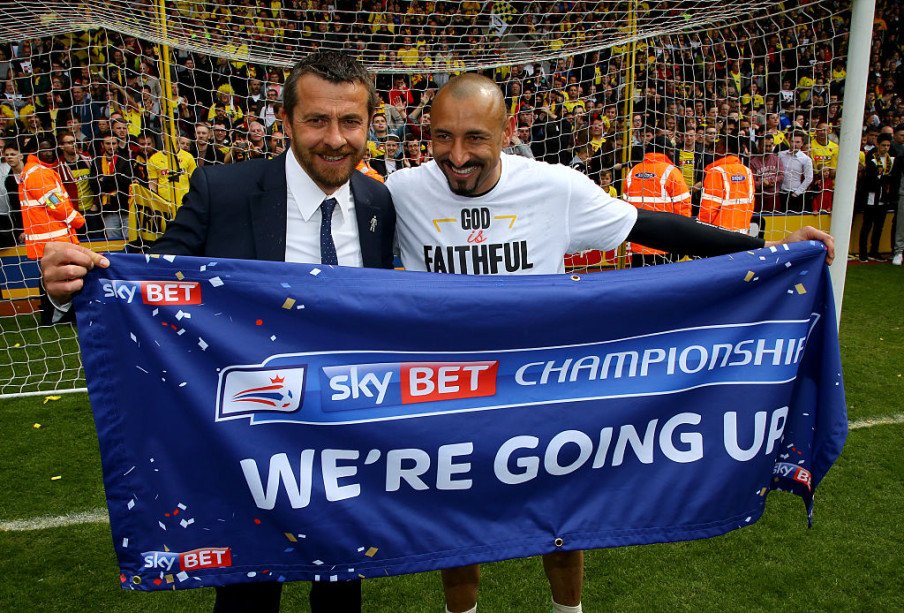 Jokanovic ended up guiding Watford to a top-two finish in the Championship which ensured that Watford would return to the Premier League after an eight-year wait. It was Jokanovic who introduced Craig Cathcart and Ben Watson to the starting eleven, as well as integrating Odion Ighalo into the side alongside Troy Deeney. Jokanovic was the manager who instilled winning momentum into the current players still in the Watford side today and it was Jokanovic who got Ighalo playing as he is now, alongside Deeney. However, after achieving promotion, Jokanovic could not achieve a new contract with Watford since he demanded significantly more money than what the Pozzo’s were offering the Serbian manager. It was, in many ways, a disappointing end to the season as Watford were beaten to the Championship title by Bournemouth on the last day as well as Jokanovic’s departure. However, in hindsight, nobody could really complain for without the Pozzo family, Watford probably would have entered administration seasons ago. In addition, Watford fans by now had the complete trust of the Pozzo’s who did not make any decision without careful and systematic planning. It was always the case that the Pozzo’s would install a manager with experience and tactical nous, though nobody expected the Pozzo’s to pull off one of the major coups of Watford’s recent history in employing Europa League winner Quique Sanchez Flores.

The second part of this article will be published shortly as I delve into Watford under the Pozzo’s in their third Premier League campaign.