Once again Watford will start a new season with a new manager. I think it’s fair to say that unlike some would have us believe this was not the intention of the Pozzo’s when handing Mazzarri a 3-year contract. Yet once again Watford fans have received numerous comments ridiculing the club’s “revolving door” policy when it comes to managers. Moreover, I have seen criticism of the decision to sack Mazzarri rather than showing gratitude to him for keeping the club from relegation.

This may seem the case perhaps for outsiders looking in, but in truth, it has been a miserable campaign for the Hornets with a few bright sparks. Watford’s Chief Executive said that the club wasn’t content with just surviving every year and wanted to see improvement. Well, under Mazzarri Watford have gone backwards rather than forwards. 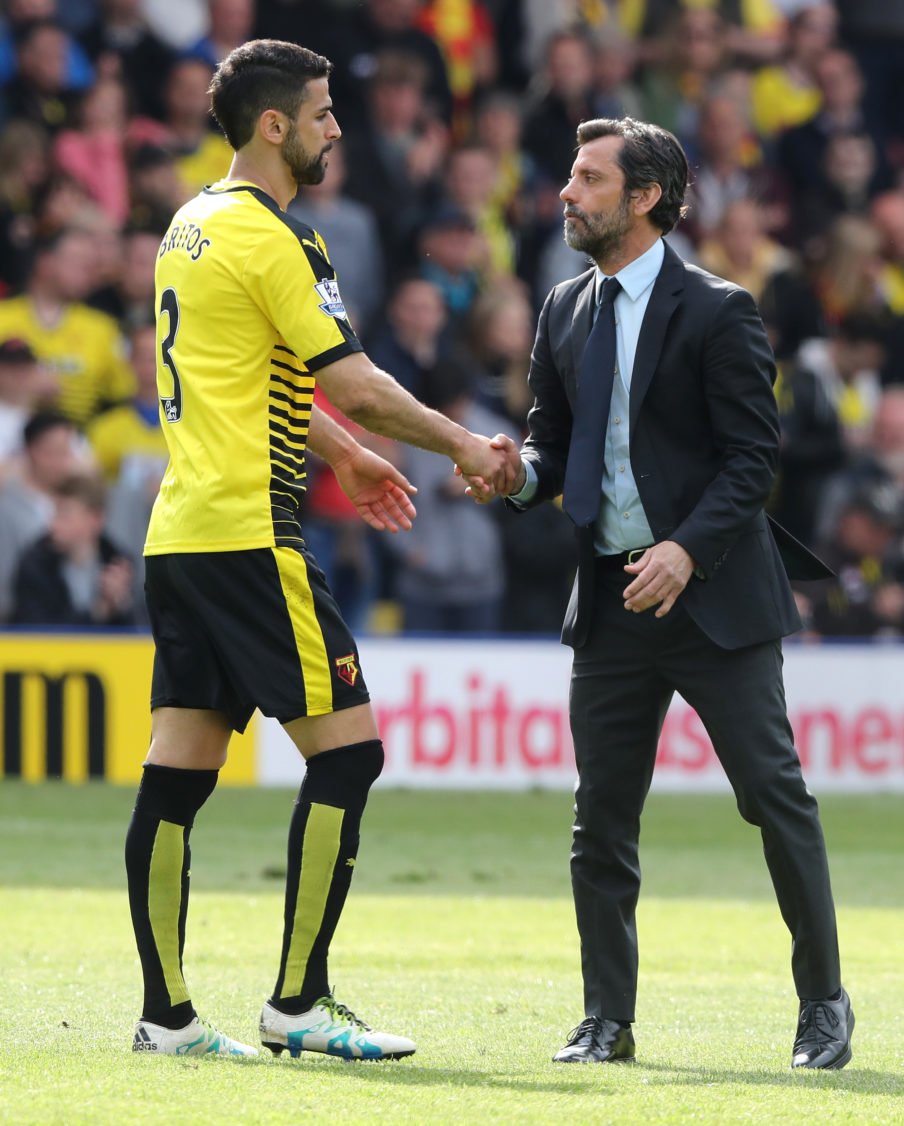 His predecessor Quique Sanchez Flores achieved a 13th place finish with 45 points. His Watford side scored 40 goals and conceded 50 in the league and achieved a place at Wembley in the FA Cup semi-final. However, problems in the dressing room and just 9 points coming from his last 12 games in charge led to his dismissal.

Mazzarri’s record at Watford was worse in every aspect. The club achieved a 17th place finish picking up 40 points. The Hornets also scored 40 goals but conceded 68 and much of the season entitled pretty uninspiring football. In addition, like the previous year, Watford recorded just 9 points from their last 12 games, losing the last 6 in a row.

This is despite some spending on new players such as; Roberto Pereyra, Daryl Janmaat, Stefano Okaka and others in pre-season. As well as additions of Tom Cleverley and M’baye Niang, which should have made Mazzarri’s squad more capable than Quique’s. Some argue that Mazzarri has been unlucky due to his injury plagued season. However, Richard Collinge, Watford’s former head of the medical department was unexpectedly sacked soon into Mazzarri’s reign. This seemed even more strange given Watford’s impressive record of keeping players fit the year before leading to question marks over this decision.

The first problem to touch on concerns Mazzarri’s tactics. Before the season even started Watford fans were warned about Mazzarri’s character, his style of football and his excuses after matches. It seems that all came true, but his style of football was a major problem. The Hornets started the season playing a 5-3-2, however, it soon became clear that when switching to a formation with wingers the team were much more likely to get a result. During a game against a 10-man Hull, it took a switch of the formation to break the deadlock. From then Mazzarri started employing wingers more often leading to better results. In fact, by my calculations, 8 of Watford’s 11 wins came when adopting either a 4-3-3 or a 3-4-3 variation. This makes you wonder why for most of the season Mazzarri adopted a 5-3-2, which clearly wasn’t lending itself to effective nor entertaining football.

Whilst I have to credit the Italian for switching formation during the season, something that his predecessor could be criticised for, it shocked everyone when Mazzarri then changed back to a 5-3-2. This frustrated the fan base, especially when the Hornet’s failed to pick up points towards the end of the season. It also led to confusion when Watford stuck with 3 at the back despite having only 2 fit centre-backs. Many believe that Mazzarri was testing out the formation for next year given the news coming out of Watford suggested the Italian was here to stay.

Handling of the dressing room 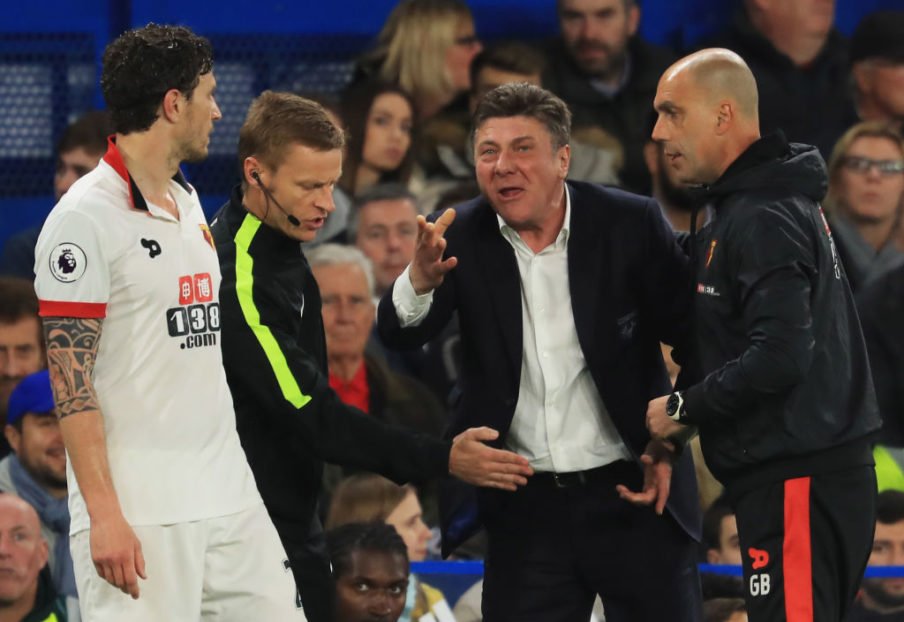 Mazzarri’s second problem came with his handling of the dressing room. It was recently reported that a player skipped training to go and play golf and this would not surprise me in the slightest. When Mazzarri’s Watford side turned up, they could challenge even the best teams in the league. However, failure to turn up or even look bothered for many games was unacceptable. Players like Capoue, Niang and others were sensational for brief moments but their performances were too inconsistent leading to claims of lack of motivation. Mazzarri’s failure to grasp English wouldn’t have helped the situation. However, manager’s such as Pochettino were still able to motivate their side, whilst learning the language. According to reports, Mazzarri spoke to his players only in Italian. Should this be true it shows why the team scarcely played for their

Mazzarri’s failure to grasp English wouldn’t have helped the situation. However, manager’s such as Pochettino were still able to motivate their side, whilst learning the language. According to reports, Mazzarri spoke to his players only in Italian. Should this be true it shows why the team scarcely played for their manager. Grasping a new language is by no means easy but learning phrases for football such as pass the ball forward once in a while wouldn’t have been too difficult to learn. The fact that when Daryl Janmaat came to the sidelines for a chat with his manager during the recent Chelsea game, he got bellowed at in Italian, suggests that these reports may be true.

Mazzarri’s failure to learn English also did not help his connection with the fans. The Italian often walked straight down the tunnel without acknowledging the supporters whereas his predecessor, Quique Sanchez Flores was still rather liked around Vicarage Road even when things weren’t going his way. I believe all season Mazzarri did not have his own chant, which echoes his popularity at Vicarage Road. 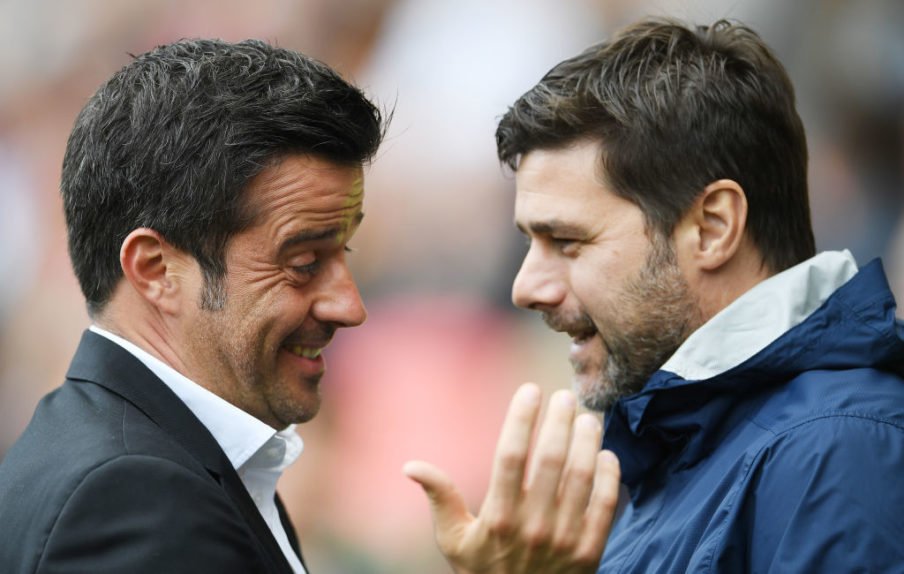 After a poor season, new boss Marco Silva will have to pick up the pieces. Despite Mazzarri’s shortcomings he is not completely to blame. This is the second season running in which the manager has lost the dressing room. Due to this, the Watford players need to be held accountable.  Perhaps a clear-out is needed, but that discussion is for another article.